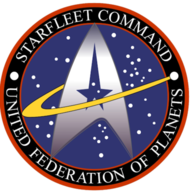 CONTEXT:
At the moment, my girlfriend has a several years old HP laptop, that she uses daily like a desktop.

The only game she plays is League of Legends. Her job involves the daily use of Photoshop CC 2015 paired with a Wacom tablet: the tablet's screen for photoshop and the laptop's screen for watching videos at the same time (I wonder how she multi-tasks so well lol). Other than that, she pretty much does normal stuff with Chrome, like watching 720p videos or surfing the internet. She's really happy with the performance.

She brings the laptop when traveling, but she never uses it when on his way. When she lodges somewhere, I expect her to use the Wacom screen as the main screen at the beginning. However, it's crucial to have the possibility at a later time to connect a second screen for watching videos while working.

FUNCTIONAL REQUIREMENTS:
The build must be:
- As cheap as possible (around 300 euro or less?): she must be able to use Photoshop CS5 (with a bunch of Chrome tabs open) and play League of Legends smoothly. I actually think that her current laptop is a little bit "overkill" for what she does (more on that below)
- Smallest form factor, so that she can bring it when traveling without taking up too much space
- The reference market is Austria/Germany and the currency is euro

TECHNICAL REQUIREMENTS:
I honestly think that almost any modern budget pc could outperform this laptop, so this shouldn't be a big challenge.
Based on the softwares she uses, I think that I'd look for at least a build like this:
APU:
At least dual core processor, clock up 3Ghz (in this way, she can at least run Photoshop + Chrome at the same time)
Integrated graphic card, OpenGL 2.0-capable system, 512 MB or more of dedicated VRAM, support for DirectX v9.0c or better
Reference videocards: Nvidia GeForce 8800/AMD Radeon HD 5670 or equivalent
RAM: 8GB (single channel is ok to get started)
Storage:
128GB SSD (to improve loading times; the pc would look faster than her laptop while it isn't)
Option to add an Sata III HD
Connectivity: wi-fi

around 300 euro or less
Clicca per espandere... 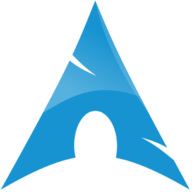