You are using an out of date browser. It may not display this or other websites correctly.
You should upgrade or use an alternative browser.
J

Grazie a tutti per l'aiuto 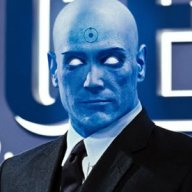 Grazie a tutti per l'aiuto
Clicca per espandere...

Scheda Madre
B450 Gaming Plus MAX

Same here for my Oced 1600. Not too much info online, but someone claims it is modern design of the MB to keep it stable

Mine will do multiple post after a long time of no use, just find it annoying but no sign of any problems yet.

Wiki has this to say: https://en.wikipedia.org/wiki/Double_boot

"Double boot (also known as cold double boot, double cold boot, double POST, power-on auto reboot, or fake boot) is a feature of the BIOS and may occur after changes to the BIOS settings or the system's configuration, or a power failure while the system was in certain sleep modes.

Changing some parameters in the BIOS will cause this issue, even for just setting a system as stock speeds, such as initializing the current CPU and memory clocks. When certain parameters, such as the ones before, from the BIOS are set, it will require a reboot.