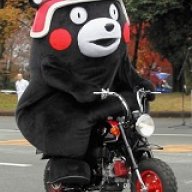 With all due respect, I want you to read my letter with one mind and help me. I am Elizabeth Goss, The only child of late Mr and Mrs Goss, My Late father was a very wealthy cocoa dealer in Abidjan, the economic capital of Cote D'Ivoire before he was poisoned to death by his business associates on one of their outing to discuss on a business deal. When my mother died when she was given birth to me, my father took me so special because i am motherless.

Before the death of my father on 22th October, 2009 in a private hospital here in Abidjan . He secretly called me on his bedside and told me that he has a sum of USd5,500,000.00Five million five hundred thousand united states dollars left in a suspense account in a local bank here in Abidjan, that he used my name as his only daughter for the next of kin in deposit of the fund. He also explained to me that it was because of this wealth that he was poisoned by his business associates, that i should seek for a foreign partner in a country of my choice where I will transfer this money and use it for investment purpose ,such real estate agent, Am 19year old. Dear I am honourably seeking your assistance in the following ways.

1) To provide any bank account where this money would be transferred.

2) To serve as the guardian of this fund.

3) To make arrangement for me to come over to your country to further my education and to secure a residential permit for me in your country.

Moreover, i am willing to offer you 30 percent of the total sum as compensation for your effort input after the successful transfer of this fund to your nominated account overseas. I want you to help me not because of the 30 percent I want to offer you but to take me as your adoptive child and take good care of my life. Please save my life.

Hope to hear from you immediately.

Thanks And God Bless. 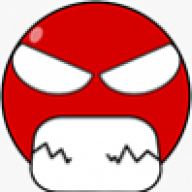 It's fun and rewarding, After you sign up you will have access to training materials.
You need not to pay ANY fee before you can work as an evaluator.
Please reply this email with the following information below to sign up :-

You may not understand why this mail came to you but kindly read the following procedures for your claim.The United Nation Compensation
Commission (UNCC) was created in 1991 as a subsidiary organ of the UN Security Council. Its mandate is to process claims and pay compensation for
losses and damages suffered as a direct result of Internet Fraud.

The UNCC in conjunction with the Obama Campaign on the 12th of October 2008 organized a confederation meeting which ended 2 weeks later, with the
Secretary General to the UNITED NATIONS.This meeting was first held on the 8th of April 2003 by the then secretary to the UN. You can view this page
for your perusa(UNITED NATIONS COMPENSATION COMMISSION PAYS OUT $864 MILLION).

This email is directed to all individuals that have been scammed in all parts of the world. In reference to the just concluded meeting, the UNCC in
affiliation with Barrack Obama Campaign have agreed to compensate them with categorical payment sum of US$1,000,000.00 (One Million United States
Dollars)each. The Governing Council established basic principles for the distribution of compensation payments to successfulclaimants. This decision
was made two months before the resolution of the first installment of claims before the Commission.

As stated in the Secretary-General's report of 2nd May 2006, it was anticipated that the value of approved awards would far exceed the
resources available in the Compensation Fund at any given time.

The Governing Council therefore devised a mechanism for the allocation of available funds to successful claimants that gave priority to the three
urgent categories of claims and which, within each category, would give equal treatment to similarly situated claims. Only when each successful
claimant in categories "A", "B" and "C" had been paid an initial amount up to US$2,500 would payments commence for claims in other categories.

Accordingly,the first phase of payment involved an initial payment of US$2,500 to each successful individual claimant in categories "A" and "C".

However,for humanitarian reasons,all category "B" claims will be paid in full of a total US$1,000,000.00 (One Million United States Dollars)each.

Claimants includes every foreign contractor/Inheritance claimants that may have not received their payment,and people that have had an unfinished
transaction or international businesses that failed due to Government problems etc. We found your name in our list and that is why you are
receiving this email notification.

You are advised hereby to contact Mr.Nicholas Iwugo of the Debt Management Office In Nigeria, as he is our representative in Nigeria who will be
releasing your refund payment to you through bank of America. Contact him immediately for your approved funds US$1,000,000.00 (One Million United
States Dollars).

Therefore, you should send him your full Name,telephone number and yourcorrect mailing address.Contact Mr.Frank Williams immediately for your payment. Person to Contact:

Hoping to hear from you as soon as you receive your compensation thereby making the world a better place.

I request your kind attention.

This email is for inquiries only. I lost my saved documents and contacts in my system when it crashed. My name is Henry Dauda from Benin Republic in West Africa.

Please I will want to know if I have an unfinished transaction with you because your email is similar to that of my lost associate's contact.

That transaction has taken so long (more than four years now) and it seems as if it will no longer be possible.

If this email is correct and I contacted the right person, please get back to me immediately for the long waited release order has been approved and the money is now ready for transfer.

However, I wish to express my sincere apology if this mail got to you in error.

Dear Friend,
This Email might surprise you ,don't ignore as I am writing this letter to you with heavy tears In my eyes and great sorrow in my heart because my Doctor told me that I will die in three months time. Base on this development I want to will my money which is deposited in a finance security company I am in search of a reliable person who will use the Money to build charity organization for the saints and the person will take 40% of the total sum.

While 60% of the money will go to charity organization and helping the orphanage. I grew up as an Orphan and i don't have anybody/family member to take care of my wealth.

The total money in question is $5.6million dollars. I will provide you with other information and deposit certificate once you indicate your willingness.

COMPLIMENT OF THE SEASON.

This is Lucky Robert. writing to you once again,

Thank you for the assistance rendered to me when i was really in need, it is a thing of joy to inform you that finally, I have succeeded in collecting the money at Long last.

Hope this mail find you in an excellent condition of health. I'm happy to inform you about my success in getting those funds transferred under the co-operation of a new partner from London UK. Presently I'm in Europe for investment projects with my own share of the total sum.

Please do let me know immediately if you receive it so that we can share the joy after all the sufferings at that time. 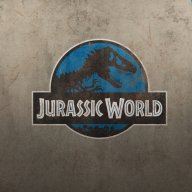