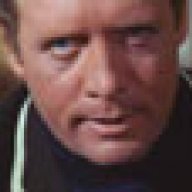 Computer electronics utilize “clocks” that alternate electricity to synchronize bits of data as they move from one circuit in a device to another. Similar to radio waves, these “clocks” have a certain frequency of energy radiated that can interfere with another device in the vicinity. This radiation is referred to as electromagnetic interference, or EMI.

The Federal Communications Commission (FCC) regulates broadcast emissions, such as radio and TV, as well as EMI emissions that may interfere with them. Computer and other electronic devices must meet certain requirements to limit the level of EMI they radiate. The design of a device must be changed to meet these requirements or be in violation of FCC regulations. The concept of spread-spectrum clocking is gaining popularity as a simple way to lower EMI, which is becoming more severe as processors and their “clocks” increase in speed. This method is an alternative to major design changes, which may be costly and require limiting the performance of a device. Spread-spectrum clocking speeds up and slows down the clock within a few percent of its target frequency, thus flattening out the EMI peak by spreading it across a range of frequencies.

The effect of Spread Spectrum Clocking on drive/computer performance: