IEEESpectrum ha detto:
---
How to Master a Seismic Disaster

The annual ritual underscores a simple fact of life for the Japanese: earthquakes happen. Tokyo, the gleaming megalopolis of 35 million, lies in a particularly vulnerable area. Three tectonic plates converge 300 kilometers east of the city, while a chain of active volcanoes stretches 100 km to the west. Tokyoites experience the odd tremor every other week on average, and the city has been rocked by five major quakes in the past three centuries.

The country’s annual disaster exercise occurs on the anniversary of the deadliest of these episodes, the Great Kanto Earthquake of 1923. In that catastrophe, 140 000 people perished, and much of Tokyo and Yokohama was leveled.

The likelihood of something similarly calamitous taking place by the middle of this century is uncomfortably high. A group of U.S. and Japanese earthquake experts, funded by Swiss Re (a Zurich-based *company that insures insurance companies), recently put the probability of a magnitude 7.3 earthquake hitting greater Tokyo in the next 30 years at 35 percent. And the numbers only get worse the further out you look.

Put another way, the odds that a massive earthquake won’t strike Tokyo at some point are, essentially, zero.

”We can try to pin down the exact probabilities, but in a sense it’s not worth talking about,” says Thomas Heaton, a professor of geophysics and an earthquake specialist at the California Institute of Technology. ”Because if you build in Tokyo, you have to assume that large earthquakes will happen.”

The costs of a major quake will be enormous. According to Japanese government estimates, if a magnitude 7.3 event were to hit during the evening rush hour, say, with high winds, greater Tokyo would suffer 11 000 deaths, 210 000 injuries, and the destruction of 840 000 buildings. The projected monetary loss would approach US $1 trillion, or about 130 percent of Japan’s entire annual budget. Fire would account for most of the casualties and property damage, just as it did in the Great Kanto earthquake. But back in 1923, the Japanese capital was not a world center of commerce and culture. It is now. Although other large cities, even megacities, are vulnerable to earthquakes—San Francisco, Istanbul, and Tehran come to mind—none holds Tokyo’s pivotal place in the international economy. A demolished Tokyo this time around could prove a global catastrophe.

Mindful of the statistics, the Japanese government has spent the last five years constructing an automated earthquake early-warning network. It’s the first national system of its kind and by far the most sophisticated. Consisting of more than 1000 seismometer stations scattered around the country, the network is designed to detect the first tremors of an earthquake, calculate the likely source and magnitude, and then broadcast an alert—all within seconds. The alert would offer only a brief window of warning—a few tens of seconds at most—before the earthquake’s full force struck. But even that short a lead would give automated systems installed at railroads, power stations, hospitals, schools, and the like sufficient time to take action and save lives and property. At least that’s the hope.

Twelve years ago, a massive earthquake flattened large swaths of Kobe and surrounding areas and killed some 6400 people. That it occurred at all came as a profound shock, because the area had been considered geologically stable, at least by Japanese standards. The amount of devastation, as well as the slow response in rescuing survivors, served as a wake-up call.

Before the Kobe quake, the Japanese government had been most concerned about a major earthquake striking in the Tokai region, just west and south of Tokyo, and much of the funding for earthquake research focused on that area, says Yukio Fujinawa, senior managing director of a nongovernmental group called the Realâ¿¿Time Earthquake Information Consortium (REIC).


Kobe, though, drove home the point that ”we don’t know where earthquakes will occur in the future,” says Fujinawa. He had spent much of his career doing earthquake*prediction research, looking at changes in Earth’s electro*magnetic fields and other phenomena as possible quake precursors. But he acknowledges that decades of research failed to produce a method of reliably predicting a quake days or even just hours in advance. ”I still think the idea is worthwhile,” he adds, but he says it would take billions of dollars to build the kind of research infrastructure needed to confirm or refute current prediction theories.

And so a different idea began to take hold: creating an automated system that could quickly detect the first rumblings of a budding earthquake and then issue a real-time warning.

The concept is simple: an earthquake generates several types of waves, which travel at different speeds. In particular, non*destructive P waves (P for primary) propagate out from a ground rupture at about 6 or 7 kilometers per second, while the much stronger S (secondary) waves that cause most of the damage travel only at about 3 or 4 km/s. The farther you are from the epi*center, then, the greater the difference between the P and S waves’ *arrivals, and the longer it takes the strong shaking to reach you. So the seismic station closest to the epicenter picks up the P waves first and relays a warning to a central data center, which then quickly estimates the likely epicenter and magnitude.

In a matter of seconds, the data center issues an alert to locations nationwide, ideally before the S waves arrive there and often even before the P waves are felt.

Although it would improve the accuracy of the estimates to wait for two or more stations to report in, that’s a luxury the system can’t afford. ”There’s a tradeoff between rapidness and accuracy,” says Osamu Kamigaichi, senior coordinator for international earthquake and tsunami information at the Japan Meteorological Agency (JMA), which oversees the distribution of the early*warning alerts. ”Basically, the quicker, the better.” The initial alert is followed by several follow-up alerts—at 10 seconds, 30 seconds, 50 seconds, and so on—and any corrections can be made then.

As it is, the advance warning amounts to mere seconds or, at most, tens of seconds. After an earthquake struck off the coast of northeastern Japan on 16 August 2005, the closest seis*mometer, in the port city of Ishinomaki, took 4.5 seconds to issue an alert; 10 seconds later, the S wave arrived there. But in the city of Kawasaki, about 170 kilometers from the epicenter, it arrived 22 seconds after the first alert.

Twenty-two seconds may not sound like a lot, but for anything controlled by a microprocessor, it’s usually more than enough time to react, Kamigaichi notes. Elevators, for instance, tend to jam between floors when strong shaking sends their cables swinging. After a *magnitude 6.0 earthquake in Chiba prefecture in 2005, 78 elevators got stuck. But with, say, a 6-second lead time, a moving elevator could stop at the *closest floor and open its doors. Since April, in fact, all 227 000 elevators in Japan must now be equipped with control systems that accept JMA’s signals.

The alerts could also trigger automated responses at power and chemical plants, dams, computer and communications networks, trains, and hospitals. And that’s not all. Fujinawa’s REIC now has more than 120 *member companies, all of which see a lucrative market in selling early-warning products and services. These include home systems that could automatically shut off gas valves and unlock doors, portable earthquake beepers that would flash a light or sound a chime when an alert is received, and data-*distribution services that take the JMA alerts and relay them to *customers. Last October, Nikkei Weekly reported that some analysts predict a 300â¿¿*billion-yen ($2.5 billion) market for such applications.

According to Caltech’s Heaton , early-warning systems”hold the greatest promise in the largest earthquakes.” In those massive upheavals, he explains, the fault rupture occurs over a large area and can take some time to develop—maybe as long as 5 minutes. ”So while it’s still rupturing, you can predict how large the earthquake is likely to become, given its current size.”
Clicca per espandere...

IEEESpectrum ha detto:
---
Of course, to ensure that you can detect the first rumblings of any earthquake, you need a dense network of seismometers blanketing the entire country. Japan’s arrangement of about 1000 stations also includes high-speed communication links connecting each station to a central data-processing center in Tokyo, plus software to do the seismic calculations and distribute the alerts. The seismic stations cost several billion dollars; the five-year effort to create the early-warning network and its attendant applications began in 2002 and is expected to eventually cost about $160 million.

Japan didn’t start entirely from scratch. The country already had a number of stations, used by government and academic scientists to study seismic phenomena and to prepare public bulletins immediately following an earthquake. (If you’ve been in Japan during a sizable earthquake, you may have noticed that TV stations there broadcast announcements within a few minutes of the actual event.) Separately, Japan Railways had developed its own automated early-warning sensors along its bullet-train routes; they offered strong proof that the concept of early-warning alerts could work. [For more on that system, see ”A Brief History of Earthquake Warnings,” on the IEEE Spectrum Web site.]

In the current network, JMA runs about 200 of the stations; another 800 or so stations are maintained by the National Research Institute for Earth Science and Disaster Prevention (NIED). A few dozen others belong to universities. The stations come in various shapes and sizes. JMA’s are located on the surface; inside each concrete container sit a coffee-can-size strong-motion seismometer (which detects the strong shaking most likely to damage structures) and a similarly proportioned *seismic-*intensity meter (designed to measure lower levels of shaking). NIED’s stations are all buried in boreholes—some as shallow as 100 meters, some as deep as 3 km—to help isolate the instruments from artificial noise.

The communications links also differ. JMA uses leased lines, which can transmit a signal from the station to the JMA data center in about 0.2 seconds. NIED’s signals travel through the regular Internet—which takes an average of 1.5 seconds but is much less expensive.
After testing the network for about two years, JMA began transmitting the first earthquake early-warning alerts last August to a limited set of 70 recipients, including REIC and Nippon Telegraph and Telephone Corp. (NTT). Since then, more than 300 organizations have signed up to receive the information. Some of the groups have a direct link to the JMA data center; others receive the information, repackaged to suit their needs, from groups such as REIC.

Having the data flow through an intermediary may seem like it would introduce an undesirable delay—especially when the warning itself comes only a few seconds in advance of the quake—but traveling through REIC servers adds only about a tenth of a second to the transmission time. Hiroshi Tsuda, general manager of C5, a Tokyo Internet service provider, says it can take about 4 seconds from when the P wave is detected until the alert reaches REIC; from there, it takes just one more second to pass through C5’s own data center (where it’s encoded to prevent tampering by malevolent hackers and routed through the regular Internet) and then on to C5’s customers.

Masanori Kanazawa is one of those customers. He and his orange tabby cat recently moved into a modern two-bedroom apartment in the Dynacity Tokyo River Gate complex at the northeastern corner of the city. One of the big draws of moving there, he says, is the builtâ¿¿in earthquake alarm. During a demonstration in January, he was sitting on his living room couch reading the newspaper when suddenly the alarm emitted a piercing bleat, followed by a prerecorded female voice counting down the seconds to the earthquake’s arrival. Kanazawa jumped to his feet, went to the kitchen to check that the gas stove wasn’t on, and then headed for the front door. ”I feel safer,” he said later. ”Now all my friends want one, too.”
Clicca per espandere... 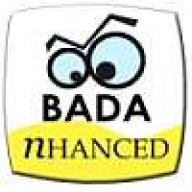 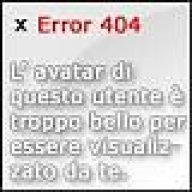 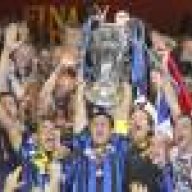 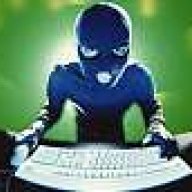