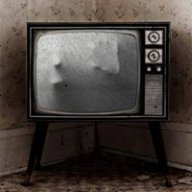 H270
The H270 is ideal for gamers looking for a straight-forward build with many features for add-ins or future upgrades, but without fussing with overclocking or multi-GPU. The H270 offers almost as many PCI-Express lanes, USB 3.0 ports and SATA as the Z270. Up to two drives in PCI-Express RST for super fast RAID-0 M.2/U.2 where available.

H270 offers up to four DIMMs, six SATA ports and importantly can even use M.2/U.2 PCI-Express storage devices via CPU - a must for anyone looking to maximize their storage performance - and something the B250 doesn't offer.

Who needs the H270? Single-GPU gamers who want fast systems with big, rapid storage setups and plenty of other extra hardware and upgrade potential, but don't want to worry about overclocking.

B250
Like the H270, the B250 is aimed at users who prefer single GPU gaming setups without overclocking. However the B250 offers a slimmer feature set than H270, making it suitable for users who need less expansive systems. It still offers six SATA 6Gbps and plenty of USB 3.0, but there's only ~half the PCI-Express lanes available and no multi-drive PCI-Express M.2/U.2 support for RAID-0 - only one is covered by Intel RST.

Who needs the B250? Single-GPU gamers who opt for a single, fast M.2/U.2 device with plenty of SATA used for storage. Peripheral needs are more basic, and less than the wealth offered by H270.
Reactions: Corvinus92
Devi accedere o registrarti per rispondere qui.