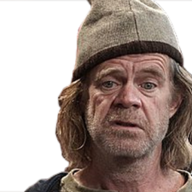 Having a dedicated streaming/recording PC with a NVENC encoder is not a waste of money, and it does provide benefits. LEt me explain why. Now, if I am running a very graphically demanding game at very high settings, which my video card would normally be able to support just fine without any problems, and I decide to encode my videos with the same card, the encoding is not going to affect the gameplay, but the gameplay will affect how the video looks. When running a game at super high settings, your card doesn't have a lot of power left to put into the encoding. So, the video you're recording will look very choppy, as if the FPS is poor. And the only way to fix this is to turn down your game settings, until the video you are encoding looks normal. If you had a separate, dedicated video card to handle this, this would not be a problem. You could run your game at whatever quality you know your card can produce, without having to worry how it will make the video turn out in the end. As long as the second card is capable of outputting the kind of quality you desire, you're golden. Hopefully that clears up some of the myths you often hear about NVENC. And hopefully it will help you from making costly mistakes, like I have unfortunately made. At the end of the day, NVENC can indirectly affect game play, because it can force you to turn down game settings to preserve video quality, and a dedicated PC with NVENC encoding can server it's purpose well. One final note: Many people will tell you that if you are going to build a secondary streaming/recording PC, it should be designed for x264 instead of NVENC, due to it being more efficient of an encoder option. If you're only planning on recording and not streaming, don't do this, go for NVENC. As long as you're recording bitrate is high (30,000 to 40,000 kbps) and you use a newer card (such as from the 10xx line), the quality will be just as good as x264 and much cheaper to setup. If you're planning on streaming, then it depends on your upload rate for your internet speed, and what platform you are using. If you are streaming on Twitch, go with x264, because Twitch limits your bitrate to 6,000 kbps (which is much too low, regardless of encoder used). IF you are streaming on YouTube, and your upload rate is pretty high (18 to 35 mbps, or more) go with NVENC. Hope that helps!
Clicca per espandere...

https://www.pugetsystems.com/recomm...tems-for-Live-Streaming-156/Streaming-Options
NVIDIA has taken advantage of this to provide hardware-accelerated game capture - either recording or streaming, but not both at the same time
Reactions: BWD87
Devi accedere o registrarti per rispondere qui.