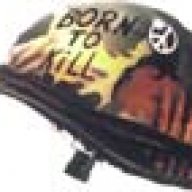 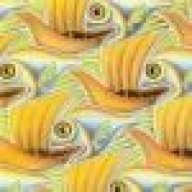 Reviews
RADEON® X850 – The Performance Leader
Techreport.com
“As most of you know, I rarely recommend that anyone actually purchase a $549 video card like the Radeon X850 XT Platinum Edition, or even a $499 card like the X850 XT. That's a very high price to pay when there are better values to be had at $399 and below. However, if you want to have the fastest single graphics card available, the Radeon X850 XT Platinum Edition is it. The X850 XT PE came out on top in the majority of our tests, and it did especially well when 4X antialiasing and 8X anisotropic filtering were enabled. The most notable exception was Doom 3, where the GeForce 6800 Ultra was faster, but not by all that much. ATI's decision to use application-specific optimizations in its video drivers, as NVIDIA has done for some time now, has allowed the Radeons to close the gap in Doom 3.”

Hexus.net
“It doesn't get faster than X850 XT Platinum Edition, it's as simple as that. Overall, ATI raise the bar yet again. Performance is incredible, the cooler made nary a peep above its settled speed in my test system and I have a lot of lust for dual DVI right now.”

DriverHeaven.net
“With the release of the X850XTPE our results show that in recent games ATI has regained a clear performance lead over Nvidia's current competing product.”

HardOCP.com
“Make no bones about it, the RADEON X850 XT Platinum Edition can easily best the NVIDIA 6800Ultra in many of today’s latest 3D gaming titles and Catalyst driver maturation is evident in these latest evaluations.”

Anandtech.com
“The RADEON X850 XT Platinum Edition basically offers smoother playability at 1600 x 1200 in all of today's games (including Half Life 2 and Doom 3) than either of the previous reigning champions, the RADEON X800 XT and the GeForce 6800 Ultra.”

hothardware.com
“The ATI RADEON X850 XT Platinum Edition is a powerful graphics card that is more than capable of playing all of today's popular games at high resolutions with great frame rates. Based on the benchmarks we ran here today, we could make the argument that the X850 XT Platinum Edition is the fastest consumer-level video card ever built.”

trustedreviews.com
“The RADEON X850 XT Platinum Edition does exactly what ATI wants it to – it raises the bar on 3D graphics performance once more, without the need to resort to dual cards or custom motherboards.”

pcwelt.de
“Overall we could measure a performance difference of ATI’s new flagship of 8% compared to its predecessor RADEON X800 XT. NVidia’s fastest chip, the GeForce 6800 Ultra, is left behind by the RADEON X850 XT Platinum Edition by a noticeable margin.”

RADEON® X850 - Cool and Quiet
HardOCP.com
“What is good about this system is that it keeps with the natural flow of air inside your case by pulling air in from the rear of the card, at the end where the power connector is, which is typically where you have front case fans pulling air in, and it blows the air out the back of the case. This is a typical airflow setup we find most enthusiasts to have. The RADEON X850 XT Platinum Edition cooling solution will be exhausting its thermal load outside of the case, helping to keep it cool, instead of adding to an already hot enclosure. This also means it will not be pulling in the “dirty” air from the back of your case like the GeForceFX 5800Ultra did.”

FiringSquad.com
“As you’ve no doubt seen in our screenshots, the X850 XT Platinum Edition, like the GeForce 6800 Ultra, is a two-slot graphics card, so you’ll need to leave the PCI-E or PCI slot adjacent to your PCI-E x16 slot empty in order for the card to fit properly. In our opinion, this isn’t a big deal, as most enthusiasts leave the slot empty anyway for improved airflow. The large cooler is a ducted design that draws in air from within your system case, then ejects it out the back of your system. This means that the X850 XT PE’s cooler helps to keep your case cool, as hot air is removed from your chassis.”

The Tech Report
"In intense 3D gaming and benchmarking sessions, even with relatively warm ambient temperatures, the X850 XT PE was generally quieter than a GeForce 6800 Ultra, which isn't bad company to keep.“

RADEON® X850 - Low Power Consumption
HardOCP.com
“However, the power cable is a testament to how power friendly this video card actually is. As you can see, this card does use the 6 pin PCI-Express power cable, but it only requires one Molex cable to be plugged in. This in comparison to a GeForce 6800Ultra PCI-Express video card, which requires two Molex cables to be plugged into the 6 pin PCI-Express power cable. The total wattage required by the card under a full load should fall short of 90 watts.”
Ultima modifica da un moderatore: 12 Febbraio 2005 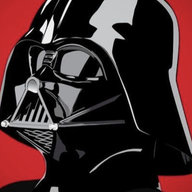